Antabax, the trusted and innovative antibacterial personal care range is the official sponsor of The Amazing Spider-Man 2: Rise of Electro in Malaysia, and one lucky user has been rewarded with a money-can’t- buy experience valued at
RM50,000 to live like Spider-Man in New York!
This is believed to be the first time that a Malaysian antibacterial personal care range has become the official sponsor of a major Hollywood superhero franchise.
According to Lam Soon Edible Oils Sdn Bhd Household and Personal Care Division General Manager Francis Ng, the similarities between Antabax and the Amazing Spider-Man added a new dimension to the sponsorship.

“While Spider-Man is committed to fight crime, Antabax is committed to fight germs and to protect and care for users. Spider-Man and Antabax are both young yet have appeal and impact for the greater good. It is a great partnership as it works on many levels. Response from the public has confirmed that this is a sponsorship that works for us,” Mr Ng said.
The brand which was introduced in 2004 is now among the leading antibacterial personal care ranges in Malaysia, and is known for constantly innovating in terms of products and marketing.
“This is our first sponsorship of an international movie, and Antabax has more exciting activities planned to keep up with our users’ active lifestyles,” said Mr Ng.
More than 300 guests attended a special advanced screening of The Amazing Spider-Man 2: The Rise of Electro at TGV 1 Utama, including Antabax’s business partners, staff, contest winners and media.
The tie-up with Antabax was a first for Sony Pictures as well. “Sony Pictures is thrilled to work with Antabax, the official sponsor and partner for the highly-anticipated iconic series, The Amazing Spider-Man 2: Rise of Electro, which will hit Malaysian cinemas on May 1, 2014. Partnering with a personal care brand for the first time is a new and unique experience for us at Sony Pictures and one we believe will inspire fans and consumers alike to understand that great power brings great responsibilities, In celebrating the history of Spidey and the battles won, previous Spider-Man films has also been played on Astro AXN Channel 701 this month,” said Mr Lawrence Ng, Director, Channel Advertising Sales, AXN
Networks Malaysia Sdn Bhd. 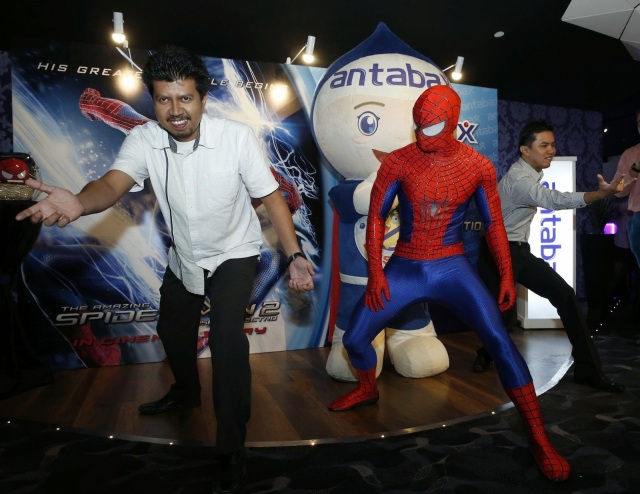 Antabax’s The Amazing Spider-Man 2 promotional activities went viral with thousands of online users participating in a contest for premiere screening tickets, and for the chance to live like their favorite web-slinging superhero in New York. Product giveaways, Spidey movie marathons, mascot appearances at malls and special product promotions have created major buzz around Antabax.
The lucky winner who will get to live like Spider-Man in New York for five nights at the filming location of the Amazing Spider-Man 2 is Mr Wong Chee Wing, a 34-year old property agent, who will be skilled at a top secret training academy to master Spidey’s super skills. He will work with elite trainers to learn a blend of Parkour, Capoeira, acrobatics and stunt work. Once trained, he will have the opportunity to head to the streets of New York to demonstrate his Amazing Spider-Man skills in Times Square. And yes, there will be a video of his adventures. 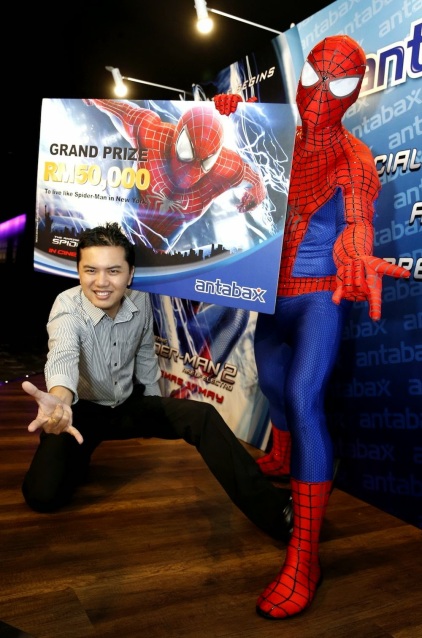 “I’ve always loved Spider-Man and I’ve been using Antabax for years, so when I saw the contest online, I went all out to win by working hard on the slogan. I’ve never been to New York before and I look forward to making Antabax and Malaysia proud when I get to live like Spider-Man!” Mr Wong said.
His winning slogan of  ‘With 24-hour 99.9% antibacterial protection & Derma Protect System moisturisation; Antabax gives me Spider-Man’s confidence; with health and beauty assurance’ impressed judges as best capturing how Antabax could protect the winner during the trip to New York. 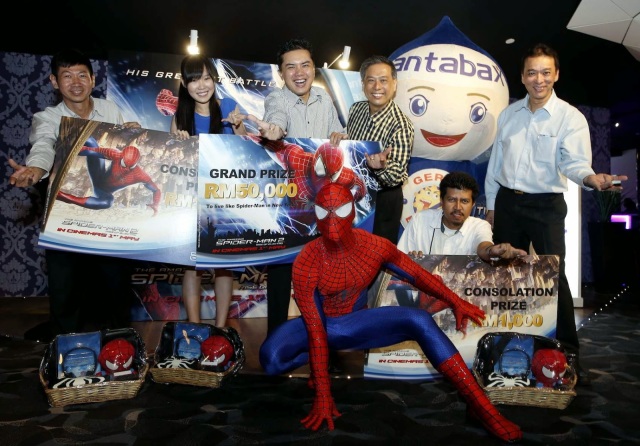 The second and third place winners are En Ahmad Izuandy, 33, from Grik, Perak and Ms Leeanne Siong, a 21-year old student from Petaling Jaya. They each won RM1,000 and an Antabax product hamper.
To find out more about Antabax please visit http://www.facebook.com/NewAntabax

This site uses Akismet to reduce spam. Learn how your comment data is processed.